The Ass and His Purchaser

A MAN wished to purchase an Ass, and agreed with its owner that he should try out the animal before he bought him. He took the Ass home and put him in the straw-yard with his other Asses, upon which the new animal left all the others and at once joined the one that was most idle and the greatest eater of them all. Seeing this, the man put a halter on him and led him back to his owner. On being asked how, in so short a time, he could have made a trial of him, he answered, “I do not need a trial; I know that he will be just the same as the one he chose for his companion.”

A man is known by the company he keeps.

The Bee and Jupiter

A Bee from Mount Hymettus, the queen of the hive, ascended to Olympus to present Jupiter some honey fresh from her combs. Jupiter, delighted with the offering of honey, promised to give whatever she should ask. She, therefore, besought him, saying, “Give me, I pray thee, a sting, that if any mortal shall approach to take my honey, I may kill him.” Jupiter was much displeased, for he loved the race of man, but could not refuse the request because of his promise. He thus answered the Bee: “You shall have your request, but it will be at the peril of your own life. For if you use your sting, it shall remain in the wound you make, and then you will die from the loss of it.”

The Bundle of Sticks

An old man on the point of death summoned his sons around him to give them some parting advice. He ordered his servants to bring in a faggot of sticks and said to his eldest son: “Break it.” The son strained and strained, but with all his efforts was unable to break the Bundle. The other sons also tried, but none of them was successful. “Untie the faggots,” said the father, “and each of you takes a stick.” When they had done so, he called out to them: “Now, break,” and each stick was easily broken. “You see my meaning,” said their father.

Remember, you are NOT alone!!  Until next time–Jenn. 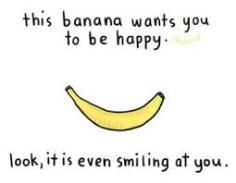